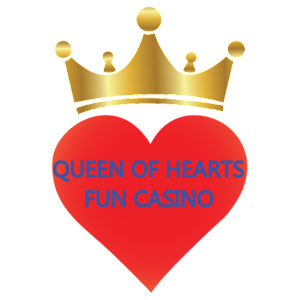 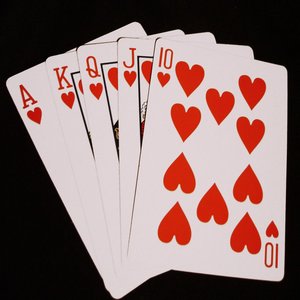 This is a faster, easier and straightforward way to understand and play poker. Played on a blackjack style table, players make an initial ‘ante’ bet, then are dealt five cards each including the croupier. Each player is only trying to beat the croupier’s hand (which has one card showing), not any other players. The player can fold, and lose their ante bet, or ‘raise’, which is always twice the ante bet. Once all players have decided to raise or fold, the croupier flips their five cards. If the croupier has better than Ace/King, they have qualified and will see if any players hand has beaten the House. If a player has a better hand than the croupier, they are paid set odds (even money for a pair, 2 – 1 for two pair, 8- 1 for a straight, and so on). If the croupier has no value in their hand then every player wins even money (1 – 1) on their ante bet only.